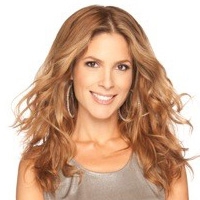 Born in Toronto and raised in Woodbridge, Dina is a self-confessed pop-culture junkie. Her hard-working and professional attitude have led her to stints as host of the MuchMusic VJ Search Ð The Series, for which she earned a Gemini nomination, guest judge on Canada’s Next Top Model and host of the prestigious Women In Film and Television’s Crystal Awards Gala.

Dina began her career as associate producer of Global Television’s The Bynon Show and entertainment reporter, writer, and producer of Toronto 1?s Morning Show, Toronto Today. She then moved to entertainment, hosting The A-List(2004) and Star!’s Star! Daily (2005 Ð 2007), before joining City’s Breakfast Television in 2006.