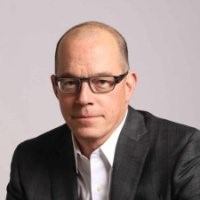 Doug has been a Principal in Kakayshun Corp., a business strategy consulting and investment company based in Toronto since 2009. From 2001 until 2009 Doug was the Chairman and CEO of Perimeter Financial Corp. a financial service infrastructure firm based in Toronto.

From 1993 to 2000, Doug was founder, Chairman and Chief Executive Officer of E*TRADE Technologies Inc., formerly VERSUS Technologies Inc. VERSUS went public in March 1999, and was sold to E*TRADE Group, based in Menlo Park, California, in August 2000. The firm created, developed, and distributed access to proprietary electronic trading technologies for institutional investors, dealers and retail investors.

Prior to 1993, Doug was a Vice-President and Director of RBC Dominion Securities Inc., where he was responsible for the design and development of key technology for proprietary quantitative trading strategies.

Doug has been a writer for the Globe and Mail Report on Business Magazine since 2002. Until 2009, he was a monthly columnist reporting on investor issues and trends and recently, has been a Features contributor focusing on economic history analysis of businesses and specific countries.

From 2001 until 2013, he was a member of the Deans Advisory Board of Rotman School of Management at U of T and from 2005 until 2010 was Chair of CONTACT Photography Festival in Toronto.