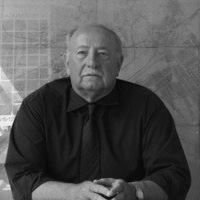 Michael Kirkland is an Architect and Professor of Architecture based in Toronto. He is founder and principal of The Kirkland Partnership Architects based in Toronto, with affiliated offices in Shanghai, Tianjin, Tehran and Beijing. The firm is a full service architectural practice with substantial background in urban design and physical planning.

He was educated at Harvard University, graduating with Honour Degrees in Architecture and Urban Design. He is the recipient of the Rome Prize, the Fulbright and The Harvard Loeb Fellowship. Work of the firm has been cited for many design awards including those of Progressive Architecture (U.S.); Architectural Design (G.B.); R.A.I.C. and O.A.A. (Canada); The Governor General’s Award for Architecture; and the Jean Alaurent Gran Prix of Distinction for Urbanism. He is a Fellow of the Royal Architectural Institute, the American Academy in Rome, the Urban Design Institute (U.S.), the Harvard Loeb Fellowship, and Lambda Alpha International, and has twice been designated Renaissance Architect, in Great Britain.

His projects include the world renowned Mississauga City Hall; North York Aquatic Centre; Festival Hall; North York Civic Square and Gardens; the Clouston and Maria Goretti Schools; Customs Houses, Tianjin and Shenyang; and the Toronto Waterfront Plan. His firm won the international competition for the Ministry of Oil for Iran in 2002, and recently the Rainbow Plaza Hotel and Observation Tower were approved for construction in Niagara Falls. The work has been exhibited and published in numerous international venues. In 2005 Mr. Kirkland won the 5 Nations International Competition for Phoenix Mountain in Chengdu China; in 2007 Mr. Kirkland’s firm won the International Design Competition for River Islands, the contiguous site, which with Phoenix Mountain, comprises 18.5km2 of the ancient city; In 2008, 1st prize in the competition for the Convention Centre in Niagara Falls.

Mr. Kirkland’s experience includes positions as Associate Chief Architect and Director of Housing Research for New York State U.D.C. during which he designed and built the Low Rise, High Density Housing Prototype, in association with Kenneth Frampton, an important work on housing typology which was the centre of an exhibit and publication at the Museum of Modern Art (New York). He was also Director of Urban Design and Principal Urban Designer in midtown Manhattan during the formulation of Urban Design as a modern practice and the development of special district zoning techniques. Subsequently, Mr. Kirkland was associated with Barton Myers, a Toronto Architect in 1976; founded J. Michael Kirkland Architect in 1978; with Edward Jones, Jones and Kirkland 1982-88; a companion urban design firm, Coombes, Kirkland, Berridge 1978-86; The Kirkland Partnership Inc., and The Kirkland Partnership International (1989).

He has been affiliated with Universities over an extended period including Columbia University, Assistant Professor 1971-74; University of Pennsylvania, Visiting Professor; Harvard University, Visiting Professor; and as Professor at the University of Toronto. He is City Architect (PRP) for Niagara Falls and Principal Urban Design Consultant for the Toronto Waterfront. His drawings have been acquired by the Canadian Centre For Architecture (Montreal) and he is listed in the world compendium (Italy) Dictionary Of Contemporary Architecture of 20th Century Architects.