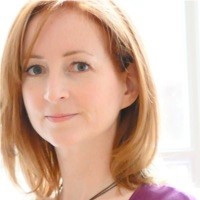 Tracey’s screenwriting and producing credits include cult hit BUFFY THE VAMPIRE SLAYER (FOX), SPIDER-MAN: THE NEW ANIMATED SERIES (MTV), and acclaimed Canadian series FLASHPOINT (CTV/CBS) and REGENESIS (TMN). She started her career writing sketches for SESAME STREET and most recently returned from Los Angeles where she was a writer and consulting producer on the second season of the cable drama, ROGUE (DirectTV).

She has mentored emerging writers through WIFT and Praxis, and has taught writing at Ryerson and to incarcerated girls through the Los Angeles Create Now program.

Tracey co-created, wrote and executive produced the crime drama series, CRACKED, which premiered on CBC in January 2013 and ran for two successful seasons. She is currently developing her next drama series and feature film.